Think about it like this: Jesus could have taught every parable, healed the sick, raised the dead, embarrassed the Pharisees, died for our sins, rose from the dead, and ascended back to the Father, all by himself. However, if it weren’t for the 12 disciples, we probably would have never heard anything about it!
The truth of that matter is this: Jesus wanted to build more than a dynamic ministry, he wanted to build a movement. In order to build a movement that outlives the founder, a transfer has to be made from the founder to the followers. In other words, you have to make disciples. Ministry is not enough.

Some churches have dynamic ministry going on, which is great! God will move when we obediently serve people. But without disciple making, it will never be become a movement. In fact, without disciple making the scope and impact of your ministry will be limited. After all, who is going to lead those ministries? Who is going to lead the people that those ministries reach? Without making disciples, you will not be able to develop leaders, and without leaders, ministry can only go so far.

So how do you know if you are making disciples instead of just doing ministry? Here are a few questions to ask yourself:

If you don’t know how to answer these questions, then you are likely not making disciples the way that Jesus made disciples.
After all Jesus, was the best disciple maker…ever. It’s hard to improve on what he did.
“Let’s Plant a V3 Church in my Neighborhood”
Share on Facebook!
Tweet This! 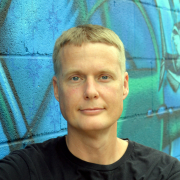