Calling his disciples to him, Jesus said, “Truly I tell you, this poor widow has put more into the treasury than all the others. They all gave out of their wealth; but she, out of her poverty, put in everything—all she had to live on.” ~ Mark 12:43-44
A few years ago, I was sitting with a lovely elderly woman in her living room sipping coffee when she said something that broke my heart.
At the time, I was the fundraiser for a local, mid-sized nonprofit, and she was one of our regular supporters. She didn’t give particularly large donations – in fact, by outward appearances, she was a relatively poor, elderly widow, living in a modest home, wearing modest clothes. She worked hard at helping people and avoiding attention. But she was a remarkably faithful giver, donating small monthly amounts for over twenty years.
She’d called me that day to ask if I could come for a visit. She wanted to talk with me about something. I was delighted to spend some time with her and share the good things that were happening in our programs.
As usual on these visits, I shared a few stories. Like the one about Mike, a chronically homeless veteran who struggled with depression and lived on the street for ten years before joining our addiction recovery program, getting clean and sober, earning his addiction counseling certificate, and eventually coming back to work in the very program that had helped him get back on his feet. I knew she cared deeply about the problem of addiction.
After I had shared a story or two and enjoyed a few of her’s (the exploits of kids, grandkids, and great-grandkids!), we got down to business. She could hardly contain her excitement when she informed me that our organization would be receiving a sizable sum of money upon her death. Apparently, she’d pinched pennies and saved diligently her whole life. Most people would never imagine how much she had.
That’s not what broke my heart.

The Satisfaction of Benefaction

In fundraising, death is not a gloomy conversation. Most people who are planning their estates are energized by imagining the possibilities of what can be accomplished with their hard-earned and carefully stewarded resources after they die.
[Tweet “There is a satisfaction in benefaction in fundraising.”] And so, after falling all over myself in thanks for her incredible generosity, we settled into a wonderful conversation, imagining how that money could be used to grow the programs she cared about so much. The more we talked, the more excited she became.
Then she paused, and for some reason, out of the blue, said to me, “You know, I’d give this money to my church if I didn’t think they’d just use it to repave the parking lot.”
Ouch. That’s what broke my heart.
She had no idea I’d been a pastor before working in the nonprofit world, but when she said that, my heart just sank. You see, I know her church. I know her pastor. I knew they could have and would have done great work with that money.

I knew her historic church had been in the process of transforming from an older, traditional congregation to the kind of church that would have a missional posture. I also knew they had lost several families as a result of that process and were in fairly turbulent waters financially.
The problem is her church never imagined that the departing elderly congregants might be their very best resource for empowering the church’s missional efforts. So eager to revolutionize the church as quickly as possible, they’d never stopped to ask about the hopes and dreams of the greatest generation in their midst; you know, the generation that survived the Great Depression, won World War II, and presided over the greatest expansion of wealth in human history.
But even among those who had chosen to stay (like my dear friend), they hadn’t bothered to cultivate a collective imagination for the kind of impact they could all have on the community together.
It’s not that her church doesn’t tell stories. They do. They tell great stories about individuals coming to faith, individuals overcoming debilitating sin, and families being restored in their relationships with one another. They tell great stories about energetic youth group outings and home group outreach efforts.
Those are the stories we most often tell in church. And that’s a good thing. By and large, the American church excels at cultivating an imagination for the individual impact of the gospel on our own felt needs.
But we rarely tell stories of how the church’s significant collective resources can make a lasting and substantive impact on the desperate needs of the surrounding community. We rarely make explicit the connection between a person’s own giving and the church’s missional impact. And we almost never make it clear to people how they can start planning their own giving along those lines, much less the personal benefits of doing so.
[Tweet “We rarely make explicit the connection b/w a person’s giving & the church’s missional impact”] You know who does do all this exceedingly well? The really great charities around the corner from your church.
It was no stroke of luck that my dear, elderly friend called me that day. The charity I worked for plans on receiving estate gifts. They cultivate bequests. They can tell you on any given day how much they’re currently expecting to receive from planned bequests someday. They talk to their supporters regularly about the incredible opportunity to make a big and lasting impact through this kind of giving. They celebrate the gifts that are made in appropriate, empowering, and inspiring ways, and they make it crystal clear how anyone can get started making those plans as well as the direct personal benefits of doing so.
All this requires just a little more imagination.
Discover V3 Church Planting Partnerships! 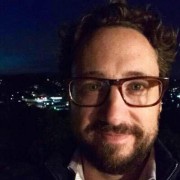