What is missional? And how do we know if we’re doing it?
Is missional just about good works done in the name of Jesus? Is it sharing the gospel? Or does it entail something deeper and more substantial?
Charles is in leadership at a larger church south of the Mason-Dixon line and has been thinking and talking about how to transition his large, Sunday-centered church to one that engages missionally in the neighborhood.
I asked him about what he’s learning about being missional; he told me this story:

We got about 10 churches from our area together – across denominational lines, small and large- to do a canned food drive. We realized the food pantry in our city was understocked and desperately in need. So we launched a 4-week campaign where we gathered over 20,000 cans of food for the hungry and homeless!

The end of our campaign culminated in a public worship service at an outdoor stage in one of the nicest shopping centers in town. We had an outdoor, public 2-hour worship service where we gave testimonies about how the canned food campaign changed our perspectives and hearts, sang and worshipped God, and behind the worship team we had stacked most of the canned foods we’d raised to be this giant wall, bearing witness to the work God had done.

It was awesome. I think our church—and the larger Christian community—is finally getting the hang of being missional.

Being missional is sort of like the word “natural;” everyone has a favorable impression of it, but none of us really know what it means.
Does anyone really want to buy food that says, unnatural? Does anyone want to be known as “anti-missional”?
Because we all want to be missional we end up with a lot of different takes on what this means. As I listened to Charles’ story I thought: “I would never describe this campaign and worship event as missional. A good work done in Jesus’ name, yes; but when I use the word missional I’m referring to something much different.”
[Tweet “Being missional is like being natural. Easy to recognize, but hard to define.”] Missional, as I understand it, is not so much an activity as it is a way of being in the world, a posture, we could call it, one where our relationship to power, possessions, and popularity is different than the dominant culture’s. I want to look at these three different postures in Luke 10, which I take to be a paradigmatic text on what it means to be missional.

In Luke 10, Jesus commissions and sends out seventy-two of his disciples to engage in his mission. They weren’t recognized leaders and didn’t have worldly titles or positions. They didn’t engage in mission as ones “in charge.”
Rather, they are sent out, in pairs so as not to overwhelm towns by their sheer numbers, as “sheep among wolves” as a reminder that they will experience danger and be weak, and having been commanded to pray (lit. “plead”) to the Lord for more workers to be sent out as they go as a reminder they aren’t expected to “power up” to get the job done, but learn to fully rely on God’s power (and others) for this mission (Luke 10.1-3).
The power they carry isn’t the power the world uses to make things happen. Instead, they are to go embodying and extending the power of God in a posture of dependence, minority, weakness, submission, and surrender. This is the posture in which the power of the Kingdom of God inhabits. And it directly contrasts with the power of the world, or what I call the Empire impulse.
[Tweet “Dependence, minority, weakness, submission, surrender: postures the Kingdom of God inhabits.”] The Empire impulse is to lead, leveraging structural and institutional power with worldly strength, for kingdom purposes. Empire impulse makes use of tactics and strategies to employ positional or societal authority on God’s behalf. There is ample evidence in the New Testament that much of God’s mission proceeded without making use of worldly power (e.g., 1 Cor 2.1-5; Gal 1.10; 2 Cor 10-11).
To be missional is to go into God’s mission commissioned, yet fervently praying (surrendered sent-ness), as sheep among wolves (meekness), laying down our rights, privileges, positions, titles, etc. for the sake of God’s powerful kingdom being made manifest (self-emptied posture of submission).

Finally, Jesus commissions his friends to minister in his name in a way that is unremarkable and quiet. He instructs and advises them not talk to people on the way, to stay in the house that first greets them, not moving from house to house, telling them that not everyone will like or receive them, showing them how to move on, not focusing on the work they do but on their relationship to the Father (Luke 10.4, 7, 10-11, 20).
Jesus’ plan isn’t to draw a crowd or get the most people interested.
He’s much more into secrecy than he is in publicity (see Mark 8.27-30; Matt 14.22; Mark 1.41-45). His instructions here aren’t about visibility or public opinion. He’s not concerned with building a solid reputation with other Jews or people of influence. And he reminds his followers that there will be people who reject them.
The Celebrity impulse says, “What could be better than our efforts to reach lost people ‘going viral’ and getting 1,000,000 views?” Celebrities crave platforms, camera time, notoriety.
Jesus trains his followers to shun the spotlight, to do things in secret, to act in small, concrete, faithful ways. Those who try to gain an audience, who want lots of people to follow them (Simon the Magician, the widows in Ephesus) are contrasted in scripture with those who demonstrate their wisdom by the humility of their good lives (James 3).
To be missional is to eschew the platform spotlight for the dining room table; to cultivate deep, abiding relationships with those who are open regardless of how strategic or important the person is. Jesus is content with faithful presence, done with integrity, in small ways, without it being live tweeted or going public.
Giving food to hungry people with other churches and holding a public worship service to celebrate this act is no doubt a good work done in Jesus’ name.
I contend, however, that it falls short of engaging missionally in our world because it fails to engage substantially in deconstructing the impulses of Empire, Affluence, and Celebrity that work against the logic of God’s kingdom.
To engage missionally is not only to do good works, but to assume a posture that reorders our relationship to Power (Empire), Possessions (Affluence), and Popularity (Celebrity). In this reordering God’s Kingdom is made manifest: God’s power comes upon us, we learn to live in abundant mutuality, not seeking the approval of the world but living out of the pleasure of God.
Grow and Learn in Community with V3 Coaches & Fellow Church Planters 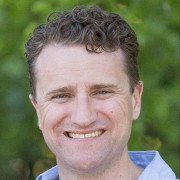