I remember the first time I ever went on a “missions” trip (I love how there is an “s” added to that word for some unknown reason). As a person who did not grow up involved in or even remotely aware of churches, youth groups, mission trips, or any of the other cultural expressions of evangelical churches, the whole thing was a completely novel concept.
And yet there I was with a girlfriend familiar with the routine, a group of people I virtually did not know and a shared mission to fly from Oahu to Moloka’i to do some renovations and landscaping on some church property. After meeting everybody and getting settled into our cabins, there was a guy who seemed obviously gay to me, and only one question stayed in the front of my mind as I unpacked:
Everybody knows that one dude is gay, right?

Can We Be Honest?

Now, this assumption about this particular young man’s sexual orientation was nowhere near a kind of judgment.
Rather, it was a simple acknowledgment and recognition of what I assumed was obvious to everybody. It was here I would learn an interesting unspoken rule and way of this particular tribe: As long as we don’t acknowledge it, we don’t have to deal with it.
I saw this rule in action when we went hiking later that weekend. My wife, who is a notorious instigator (in the best way), was walking with the guy I referred to above. As they walked, their banter kept getting louder, more ridiculous, and more hilarious.
My wife would say a specific phrase in a playful and sassy manner, and this young man would respond by repeating the phrase with a tone and mannerisms that would generally be seen as gay. And as this was escalating (which I simply saw as funny), one of the leaders of our group frustratingly and hesitantly told my wife to “stop encouraging him.”
Encouraging what?
The leader mentioned no explicit behavior that he believed my wife was encouraging that apparently was seen as inappropriate. It was so fascinating to me as a person new to this environment how, without actually saying it, everybody knew exactly what he was saying. Even as you read this, you know exactly what he meant.
In that moment I learned something about that church, and unfortunately many others I’ve seen: This isn’t a place where people are able to be honest.
This inability for the church to create and hold a space where people are able to live honestly is one of the main reasons it is no longer seen by so many as a place of welcome or a place of healing.
This has to change.
Our intimacy with God is only as deep as our honesty. And our honesty with God is usually connected with how honest we are able to be with each other. The ability for people to be honest with us is an invitation for people to be honest with God.
[Tweet “Our honesty with God is usually connected with how honest we are able to be with each other.”]

Thoughts on Building a Culture of Honesty

Because creating and sustaining a community of honesty requires intense intentionality, here are a few thoughts to help you along in the process.

1. People Are Terrified of Being Judged

Judgment is not simply acknowledging that someone’s decision or behavior is not good. Instead, judgment is both acknowledging that someone’s decision or behavior is not good and viewing or treating them as less valuable because of it.
And trust me when I write that people can feel judgment in the atmosphere of an environment or in the energy of a relationship when they are being judged. This is not about watering anything down or letting go of truth telling. This is about learning how you can be fully honest with people while communicating with your words and presence that they are still fully loved by God and totally embraced by your church. Which leads us to the second thought.

If we want to sustain an honest community, we need to learn the art of including without condoning. During a deep conversation I had with someone in our community a while ago, a young man explained to me how he and his family were in a tough financial situation. He hung his head low. He eventually went on to tell me how as a result of their situation he had gone back to selling weed.
Although he was probably expecting some kind of judgment (in the devaluing sense I described above), the first thing I said to him was, “I understand.” I told him how sorry I was that he was in the kind of financial place where risking his freedom was something he felt he had to do in order to survive.
I told him that I did not believe that this kind of behavior was good, nor did I believe it was contributing to an expression of his new way of life in Christ. I assured him that together we could find another way. And in the end, I told him that his decisions did not change how much I valued him or how much God valued him. I told him he was still just as welcome as ever and that I would see him Sunday night. I included all of him without condoning all of his behavior.

When you are leading a community of honesty, there are going to be moments where honesty (both in word and action) is going to introduce some anxiety into the group.
Someone is going to cuss. Someone is going to tell a story involving behavior that usually gets such people excluded. Someone is going to disagree with or challenge something you said as a pastor. In these moments, a collective anxiety will emerge in the group (the intensity of the anxiety is mainly contingent upon how many culturally bound Christians you have in the group). And in these moments people will be looking to you and will be silently asking, “What do we do? How do we respond? Is this okay?”
In these moments it is your job to drain the anxiety from the situation as a whole.
Someone cusses around you—you don’t even flinch.
Someone tells you an honest story with “bad” behavior—you respond with affirmative presence and pastoral guidance.
Someone disagrees with you or challenges you publicly—you thank them for their honesty, praise their courage to challenge truth publicly, and respond with truth and grace.
When people are anxiously and silently asking if some thing is okay, with each response you’re saying, “This belongs too.” The group is pushed deeper into honesty and further in their boundaries of acceptance. The person practicing honesty begins to believe they can truly be honest, and the environment of honesty is being cultivated.

The Catholic writer and mystic Thomas Merton once wrote, “The beginning of love is to let those we love be perfectly themselves.” This is how we begin.
We need to do the hard work of creating environments where honesty is assumed. Allowing honesty, beginning with acceptance and inclusion, helps people discover who they are; it gives them permission to actually be that without the fear of being rejected.
There’s still time to sign up to meet Kevin at Praxis Gathering 2016! 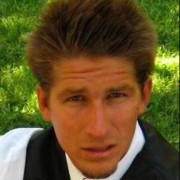