So You Want to Start a Church?

First the hard part:
90% of start-ups fail.
According to one survey, only 68% the church plants make it to four years.*
I’ve planted a church that failed.
Ouch.
Even though it’s been years it still hurts to write that down.
I immediately want to explain to you all the good that happened, the stories of God at work amongst us. I want you to understand how intricate and complex the series of events that lead to the failure actually were. I especially don’t want to be known as a failure.
No one does.

What No One Talks About

What I Wish I’d Known

About a year ago I read the book The Lean Startup by Eric Ries and found myself choking up, especially at the beginning. This book is not written for church planters, it’s actually written for entrepreneurs, especially for those in the technology space. But I found myself wiping away tears during the first chapter. I also found myself shaking my head, wishing I had the opportunity to read this book before venturing out to start a church.
Why you might ask?
Well, the full explanation will require more than just this post, but here’s the big idea: Most start-ups begin with a bold new idea, the entrepreneur or small team begins working towards their product, the product they think will sell, will be something entirely new, something that could change the game in whatever sector they are in.
Then, they finally launch the product, they ship it out the door, they unveil their proud creation to the world and…the customer is not all that impressed. It’s not that no one cares, but it didn’t make the splash they thought it would.
They do their very best to make some changes based on their early customer feedback, but tragically it’s too late. They spent all their capital, they quit their day jobs, they were all in, and it didn’t work. It might work if they made big changes, but frankly they don’t have the time or money.
The game is over, failure is imminent.
Sound familiar?

Even if as a church planter you don’t put most of your eggs in the highly valued “launch Sunday” (which I didn’t), even if you are not trying to be a huge attractional church (which we weren’t), the pressure to quickly move from a small team to a growing worshiping community that’s financially sustainable within 2-3 years mirrors many of the same challenges that tech startups face.
What Eric Ries says is that startups must fundamentally shift their posture from a big launch that quickly tries to scale to releasing what he calls a “minimum viable product” from which to learn. I’ll dive into how I think this relates to church planting in another post, but, as you might imagine, clarifying that the first task is to learn and prove a concept charts an entirely different path than launching big and hoping for the best.
In the meantime, if you think you might want to start a church, and especially if you are in the early stages of doing so right now, get this book and talk about it with your leadership team. I think it may radically reorient how you think about church planting, I know it did for me.
“I want to learn from Tim at The Praxis Gathering!”
Share on Facebook!
Tweet This!
*Correction. This article initially stated that 70% of church plants fail. For a better understanding of survival rates, check out the entire study here. 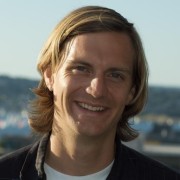