After seven articles, and almost as many months, we finally come to the end of this series on Sermon Preparation for the Missional Pastor. While the last article was on the actual development of a sermon outline, I suggested there is one more step that’s all too easy to overlook: Evaluate.
So may I offer you four questions to ask of each sermon as a final step and tune-up prior to delivery?

About a year ago, I realized that I don’t really feel like I have confidence in a sermon I’m going to preach until I have a good sense of the tension of the sermon. I need to have in mind why people will even care to listen, and why the ancient Scripture of this sermon has something to say to our congregation today.
As any good public speaking class will tell you, it is critical in your introduction to grab the attention of your audience. I’ve adopted a play on the phrase to remind myself in each sermon to grab a-tension — meaning I want to make sure I introduce some kind of tension early to help people understand why the text we are looking at that day will matter to them.
This has a close parallel, of course, to the idea of the core conflict in any good story. We are engaged in stories because something is on the line for a character we care about, and we want to see how it resolves for them. In the same way, a good sermon should introduce this tension so that the listener recognizes there is something on the line that deeply matters to them. So, as I’m wrapping up an outline for a sermon, one of the questions I will ask is, “Where is the tension?”

#2: What is the local theology?

I’d never heard the term ‘local theology’ until I was assigned to read a book called Preaching as Local Theology and Folk Art by Leona Tubbs-Tisdale in grad school. The term gave me a new imagination for how a primary role of the pastor is to invite a people into the space between the theology of ancient Scriptures and the reality of our life here and now.
Now you might just wonder if asking about the local theology of the sermon is another way of saying the practical application. I suppose you could say that, but I hope you won’t. The local theology is much more than a few steps you hope individuals in a community will pursue.
I like how Tubbs-Tisdale says it here:

“Sermon preparation is often referred to as a ‘text-to-sermon’ process. However, when preaching is viewed as local theology, the process is more accurately described as moving from ‘con/text’ (a term that can mean either ‘context,’ or ‘with the text,’ or both) to sermon. The pastor undertakes the dance of interpretation with an ongoing and ever-deepening awareness of congregational context, which informs each phase of the interpretive process–from the selection of the biblical text(s) for preaching, to the discernment of themes for local proclamation.”

The local theology of a sermon is not just the application steps, but context specific proclamation to the people of that neighborhood congregation. So, with each sermon, I want to define a local theology, a calling specific to our congregation in our context about what it means to be a community formed toward the Kingdom of God for our particular time and place. Sometimes, this might be a practical engagement, but often it is a proclamation of how we might embrace or oppose something of the culture we find ourselves in.

#3: Where does this engage the heart?

There were two common responses my wife gave about about my teaching in the early days of my ministry. One was “Don’t use me as an illustration without asking first.” It took me years and years, but I’ve mostly mastered that one. Mostly.
The second common response was “You had a lot of interesting things to say, but there wasn’t enough feeling to it.” She was right, and I’ve gotten a lot better about that one, though I can’t say I’ve mastered it.
It was in a teaching class at a conference after about ten years in ministry when the workshop leader described an image that has been helpful for me. “You need to recognize the battered, hardened hearts of those you are teaching,” he said, “while also visualizing the cracks in their hardened exteriors. Ask yourself, how will your words find their way into those cracks.”
In my younger years, I never would have been described as a touchy, feely type. And I probably so much wouldn’t be today either. But I do recognize that any sermon that I prepare will be most effective when I ask myself how it should engage the heart of those I’m speaking to. Sometimes I have to be very deliberate about creating this, but often I know I’m getting close to something that will work for this when my own heart quickens a little while typing up part of my outline.

One of my favorite parts of the prep process for each sermon is when I get to sit down and start to make sense of all of the different ideas I’ve been collecting. It’s fun to see all of these different ideas start to come together into a coherent something. Some of them join with one another and end up being answers to each of the questions above. But…
There are also plenty of ideas that don’t go anywhere. As I sit down to start connecting the pieces, one of the first things I added to my document/mindmap is a piece called Cutting Room Floor. Some of the ideas I’ve collected make no sense at all by the time I revisit them. Some of them I still like, but they don’t seem to fit. All of these belong in/on the Cutting Room Floor. It might be that they will work there way back in, but most often they are right where they belong.
In the recent book Essentialism, Greg McKeown says it this way:

What I mean is that a good editor is someone who uses deliberate subtraction to actually add life to the ideas, setting, plot, and characters.

Every sermon, every bit of content you prepare for others, will benefit from this deliberate subtraction. Yes, some of your ideas are really good, but they won’t help you brings others on the journey to your primary message. Most often, they will cause you and other to lose your way. It’s okay to let them go. Or as the almost famous phrase goes — “Murder your darlings.”

In the course of my interviews in SermonSmith, a number of preachers have mentioned that they’ve created some kind of worksheet to help them put each sermon together. (You can see examples of some of these here.) Now that I’ve completed this series on sermon prep, maybe you could take some of the ideas we’ve discussed and do the same, creating a space to reflect on the questions above as well as other components of sermon prep.
I hope the reflections in this series serve you well. To steal a phrase that Glenn Packiam shared in his Sermonsmith interview: May each sermon help you “find something that moves people in order to shine the light of the Gospel on it.”
“Let’s Plant a V3 Church in my Neighborhood” Share on Facebook Tweet This 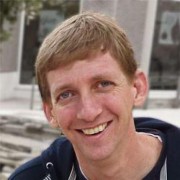