Last week, in light of the recent events in Ferguson, New York, and Cleveland, our youth pastor decided to have some open conversations with our youth to help them process all that was happening.
Though our church is multiethnic, the majority of our youth are African American. Many of the youth shared common themes that black youth are voicing all over America right now: feelings of disappointment, discouragement, fear, and disillusionment. But there was also a surprising theme that emerged: hope.
One young woman stated that until she came to our church she had no relationships with white people.  She went on, “Now when people say to me that white people only want to kill us, I am able to say, ‘No, I know some white people who really care about me.’” The unique social arrangement of our multi-ethnic congregation has fostered a surprising hope.

Among the many things the last few weeks have revealed, it’s clear that there remains a profound chasm between white and black America. Despite then Senator Obama’s statement in 2004 that “there is not a black America and a white America,” events of recent weeks have shown such inspirational talk to be empty.
A recent Pew Research Center poll found while 80 percent of black Americans agree that the Ferguson incident “raises important issues about race that need to be discussed,” only 37 percent of whites affirm the same. Even within the Christian community, the national conversation among whites on the one hand and among people of color on the other has often been toxic at worst and non-existent at best.
As a pastor, I am asking the question: what is the response of the church not only to the recent events but also to this social division within America? As a pastor of a multiethnic congregation, you will not be surprised to hear me say that I believe multiethnic congregations have a major role to play in the future of divided America. I believe that multiethnic congregations are not just a fad but are an imperative of the gospel, called to make known the power of Jesus to reconcile divided peoples and cultures under his loving reign.

One of the surprising gifts that multiethnic congregations offer that people rarely consider is this: mixed-race congregations help create the social conditions for cross-cultural empathy. This is a rare occurrence in our polarized society.
Generally speaking, our social networks are remarkably homogenous. The average white American has a social network that is 91% white and only 1% black. Three-quarters of whites have entirely white social networks without any minority presence at all.
This makes it very difficult for the average white person to even hear the perspective of a person of color, let alone understand and empathize. Or if it is heard, it happens via 140 character social media tripes or filtered through extreme examples of minority leaders paraded on cable news.
Rarely does a white person hear from a person of color as a friend, a brother, a sister.
Multiethnic congregations change that norm. Suddenly I am hearing from brothers and sisters of different races and cultures. They are in my space, in my small group, in my life. Even if their perspectives make me feel uncomfortable, I cannot deny their experiences and feelings. When they are my friends, my brothers and sisters in Christ, I am suddenly required to see them as a fellow human, no longer as the foreign and stereotyped “other.”
My mind opens to hear perspectives I am not accustomed to hearing. My heart begins to break a bit more than it has broken before. Love requires it. Simple friendship requires it.

This past Sunday our congregation had an open time of lament, confession and petition in the light of all that has happened the last two weeks. For 25 minutes streams of people walked up to the microphone and prayed openly before their church family. (Click here to hear or watch the service.)
A young black mother cried out to God to protect her baby son, expressing her fear for his future. A white woman from the rural South wept for her family of origin, crying out for healing from their racist pasts. A white fireman pleaded to God that police, firemen and other service workers would take their callings seriously to protect the vulnerable. A black man confessed his anger, and asked God for a soft heart to love and forgive. A white young adult confessed his apathy and hardness of heart when he first saw the Eric Garner death on YouTube last summer.
In this moment, we stood together in the presence of God, crying out for mercy together. We heard each other’s pain, we heard each other’s perspectives, but we did so not as a sociological focus group but as a worshipping community. Even so, a holy sociological phenomenon occurred: compassion for the unknown other swelled and social bonds were strengthened for the journey.

What Churches Can Do

I don’t believe that multiethnic congregations are the only solution to the problems before us. We need to work for systemic changes in our justice system that will ensure fair treatment and equity for all people. We need to examine how sin effects us not just individually but on a historical, societal and cultural level, and work to address it.
Multi-ethnic congregations give us one key part of the solution: the opportunity to truly know and love one another. That is a mandate that cannot be legislated toward fulfillment.
That is a command that can only be fulfilled by the One who made space for us, who turned us from an Other into a friend, who died to bring us in and make us family.
“Let’s Plant a V3 Church in my Neighborhood” Share on Facebook Tweet This 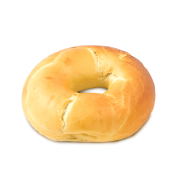